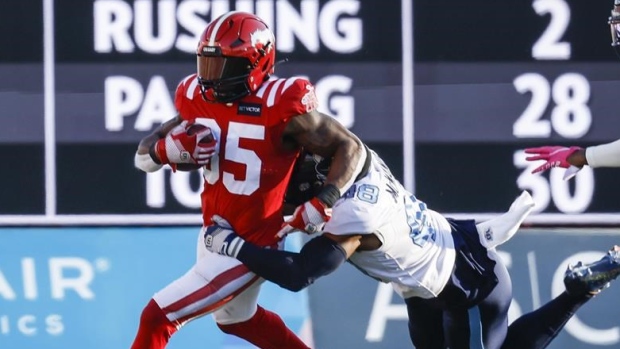 Dinwiddie said Ray has a potentially torn bicep while McManis may have hurt his MCL. He added that each player needs to get imaging and tests done to confirm the extent of their injuries and determine next steps.

Both players departed Saturday's game in the opening quarter. McManis had three tackles before exiting.

The loss Saturday for Toronto snapped their winning streak at four games, while the Stamps were victorious in their second straight. The Argos will take on the BC Lions in Week 18 while Calgary is set to play the Hamilton Tiger-Cats.