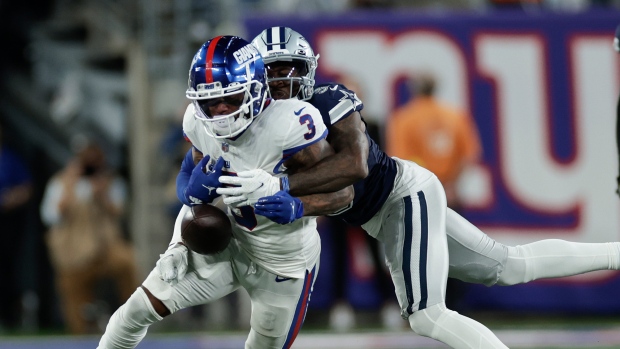 New York Giants wide receiver Sterling Shepard was carted off late in Monday's 23-16 loss to the Dallas Cowboys after sustaining a non-contact leg injury. According to ESPN's Jordan Raanan, Shepard will undergo further testing tonight and the team will know more about the severity of the injury on Tuesday.

Brian Daboll on Sterling Shepard: “I just feel terrible for the guy.”

Shepard, 29, led all Giants receivers with five catches and 49 receiving yards prior to exiting Monday's game. He has caught eight passes for 105 yards and one touchdown prior to Monday's contest.