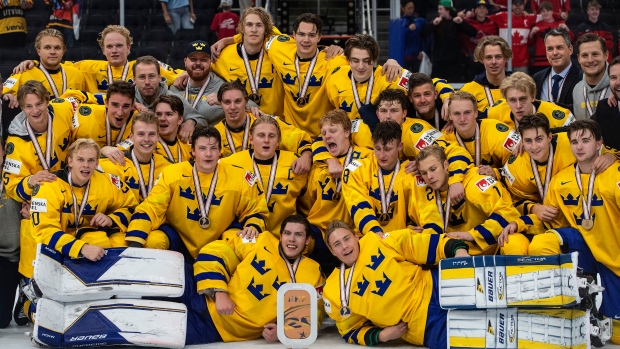 Isak Rosen scored the game-winner for Sweden in a 3-1 victory over Czechia to take the bronze medal at the world junior men's hockey championship earlier on Saturday.

After Sweden's Fabian Lysell scored at 14:22 in the first period, Michael Gut pulled Czechia even with a power-play goal at 13:30 of the second.

Bronze wasn't the medal colour Rosen and his teammates wanted, but the Buffalo Sabres prospect was happy with his team's performance Saturday.

"You strive to win the last game," Rosen said. "Of course we wanted the gold, but better bronze than nothing."

Sweden finished third in the tournament for the second time in three years after the same result in 2020 in Czechia.