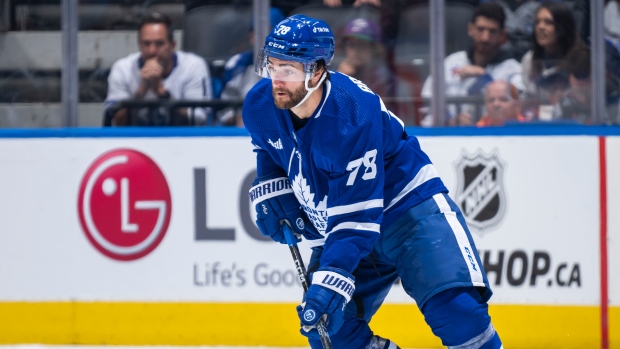 Toronto Maple Leafs defenceman T.J. Brodie is expected to return to the lineup tonight against the Los Angeles Kings, according to Jonas Siegel of The Athletic.

The 32-year-old blueliner has not played since Nov. 11, as he has been sidelined with an oblique injury. He will play alongside Conor Timmins.

It looks like T.J. Brodie will return to the Leafs lineup tonight, playing alongside Conor Timmins.

Brodie played 15 games prior to sustaining the injury, recording two assists. A fourth-round pick (114th overall) of the Calgary Flames in the 2008 NHL Draft, Brodie signed with the Maple Leafs as a free agent prior to the 2020-21 season. In 153 games with the Leafs, Brodie has scored five goals and added 39 assists.

The Leafs went 9-0-3 without Brodie in the lineup.