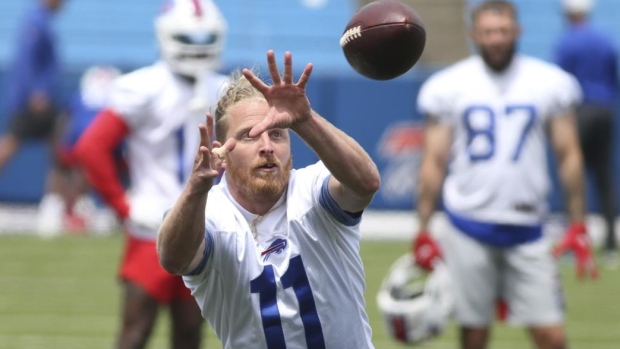 The 32-year-old slot receiver appeared in two games for the Tampa Bay Buccaneers this season.

#Bucs WR Cole Beasley has decided to retire effective immediately, his agents Joel and Justin Turner tell me and @MikeGarafolo. “He is ready to be with his family after playing in 11 seasons and it’s time to be a full time dad and husband.” pic.twitter.com/jyk3qojEQd

"He is ready to be with his family after playing in 11 seasons and it's time to be a full time dad and husband," agents Joel and Justin Turner said in a statement.

A native of Houston, Beasley recorded four receptions for 17 yards in his time with the Bucs.

An undrafted free agent out of SMU, Beasley appeared in 151 career games with the Dallas Cowboys, Buffalo Bills and Bucs. His best season statistically came with the Bills in 2020 when he recorded 967 receiving yards on on 82 receptions with four touchdowns.

Beasley became known in recent years for his outspoken views against COVID-19 vaccination.