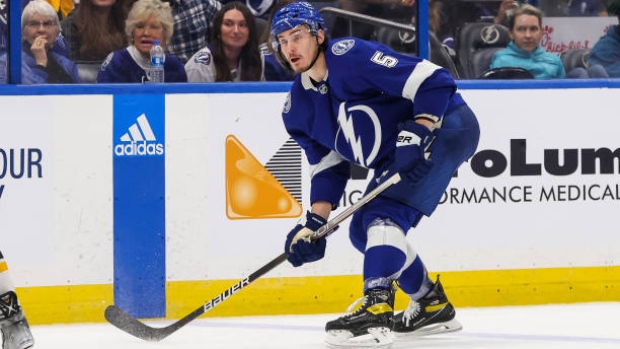 Myers, 25, was acquired by the Lightning, along with forward Grant Mismash, from the Nashville Predators in exchange for defenceman Ryan McDonagh on July 3.

The 6-foot-6 defenceman has appeared in 11 games this season and has a goal and three points.

Originally signed as an undrafted free agent by the Philadelphia Flyers, Myers has eight goals and 36 points in 153 career games split between the Flyers, Predators, and Lightning.

Bellows, 24, was claimed off waivers by the Flyers from the New York Islanders on Oct. 26 and has not recorded a point in 12 games split between the two clubs.