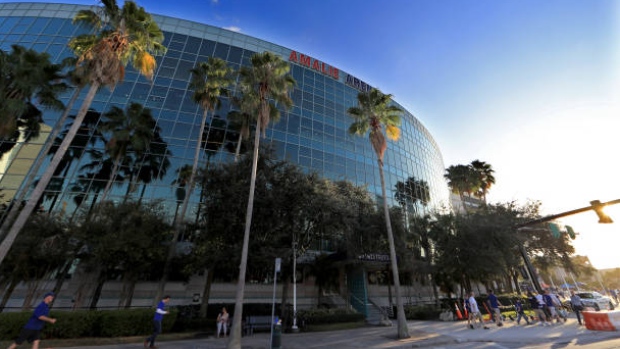 The Tampa Bay Lightning announced they are postponing a pair of preseason games at Amalie Arena on Wednesday and Thursday due to potential effects of Hurricane Ian.

Wednesday's game was supposed to be against the Carolina Hurricanes and Thursday's against the Nashville Predators.

The team says tickets for postponed games will be honoured for the rescheduled dates, which have not yet been announced.

Hurricane Ian is expected to hit western Cuba on Tuesday and continue north through the Gulf of Mexico, making landfall in Florida later this week.

The Lightning are scheduled to open their regular season slate on Oct. 11 against the New York Rangers at Madison Square Garden.