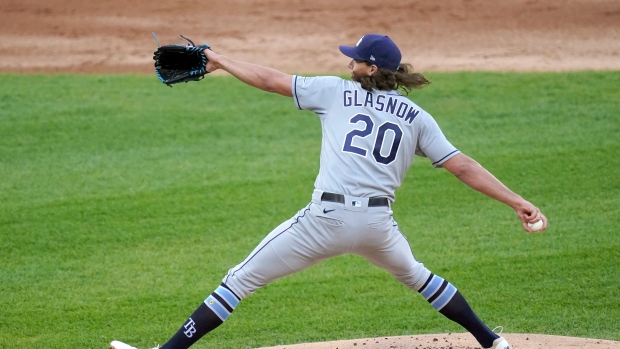 The Tampa Bay Rays have reinstated right-handed pitcher Tyler Glasnow from the 60-day injured list and he is set to make his season debut Wednesday against the Cleveland Guardians.

Glasnow has not pitched since June 4, 2021 - he pitched four innings of two-run ball before being pulled with elbow discomfort which ultimately required Tommy John surgery to correct.

Prior to going on the injured list that season, the 27-year-old was putting together a potential Cy Young candidate season - he had a 2.66 earned run average and 123 strikeouts in 88 innings across 14 starts.

The Newhall, Cal. native was originally drafted fifth overall by the Pittsburgh Pirates in the 2011 MLB June Amateur Draft, and debuted for the team in 2016.

He was acquired by the Rays at the trade deadline in 2018 as part of the trade that sent Chris Archer to Pittsburgh.