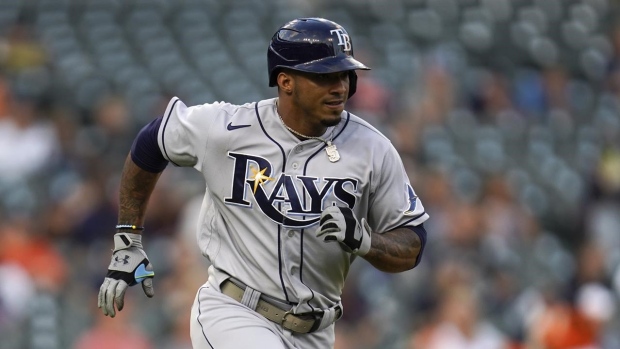 Franco said he will join Triple-A Durham on Tuesday to start a minor league rehab assignment.

The switch-hitting Franco hit from both sides of the plate.

“Right-handed I’m still not 100 percent but other than that I feel great,” Franco said through an interpreter. “The wrist is just a little weak because of the injury.”

The playoff-contending Rays have 15 players on the IL but should be getting reinforcements this month.

Outfielder Harold Ramirez, who is having a breakout season with a .329 batting average, is set to start a rehab assignment after going on the IL on July 21 with a broken thumb. Outfielder Manuel Margot, hitting .302 when he was sidelined by a right patellar tendon strain in June, joined Durham this weekend.

Franco has been out since July 10. He also missed 23 games earlier this season due to a right quadriceps strain.

Tampa Bay second baseman Brandon Lowe was out of the lineup Sunday for the second consecutive game due to shoulder soreness.