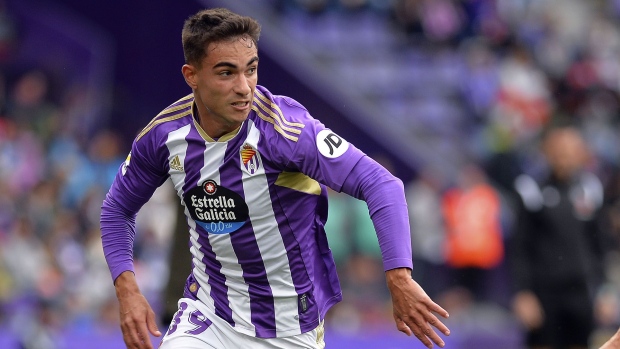 With the change from November to December, the squads of LaLiga Santander have returned to their training grounds ahead of the resumption of the competition later this month. Meanwhile, several LaLiga stars have been dazzling the planet at the World Cup, while there have been several off-the-pitch developments at Spanish clubs too. All that and more is summarised below.

A total of 87 LaLiga players were called up by their national teams for the 2022 World Cup in Qatar, representing 18 different LaLiga Santander clubs and three LaLiga SmartBank teams. Many of them have stood out and more than two thirds of them have made it through the group stage. That’s because 60 LaLiga players qualified for the knockout rounds, with 15 of the national teams in the round of 16 having at least one Spain-based player in their squads.

Following the completion of the World Cup group stage on Friday, the round of 16 then started over the weekend and the first goal of the knockouts was scored by a LaLiga Santander player, with FC Barcelona and Netherlands forward Memphis Depay netting the opening goal of his side’s 3-1 victory over the United States.

There was some sad news at the World Cup for one LaLiga Santander player in particular, as Sevilla FC and Brazil’s Alex Telles suffered a rupture on his MCL ligament as well as partial damage to the posterior cruciate ligament of the right knee, meaning he is out of the tournament.

The squads of LaLiga Santander get back to work

It’s not long now until LaLiga Santander returns, with the first post-World Cup fixtures taking place on December 29th. With that in mind, the clubs of Spanish football’s top flight have returned to training with the players not at the World Cup, while some have even started playing friendly matches.

New Elche CF boss Pablo Machín has given his first interview since taking over as the bottom-placed team’s coach, speaking to the club’s media about how he plans to turn Los Franjiverdes’ season around. He said: “I know it’ll be difficult and that there will be pessimists who’ll say it’s practically impossible to stay up. But, I, and I'm sure the players too, will give everything to be better. Elche CF is a centenary club that has had many special moments. Let’s hope avoiding relegation is another one.”

Lucas Rosa steps up to the Real Valladolid first team

Just before LaLiga Santander paused for the World Cup, Real Valladolid suffered an injury crisis at right-back. This led the club to call up B team right-back Lucas Rosa and the 22-year-old Brazilian played in the team’s final five matches before the break. Given that he performed so well, Real Valladolid have now permanently promoted Rosa to the first-team squad.

Ramón Alarcón is the new CEO of Real Betis

Real Betis confirmed this week that Ramón Alarcón will be the new CEO of the club. He became business general manager of Los Verdiblancos in October 2016 and will now take on this new role, helping the institution carry out the strategic plan it has established for the 2022 to 2026 time period.

It was announced this past week that RCD Mallorca’s stadium will now be called the Estadi Mallorca Son Moix. This is the latest way in which the club will help promote the island as a whole, after the ground had previously been called the Visit Mallorca Estadi in the past. RCD Mallorca recently started a redevelopment project at their ground, bringing the stands closer to the pitch to improve the atmosphere.

Villarreal CF will celebrate the club’s 100th anniversary in 2023 and the club already has a centenary anthem ready for release, with ‘Endavant Villarreal’ to be presented on December 19th. It is the work of the renowned musician and composer Nacho Cano and was recorded at the legendary Abbey Road studios in London.

This past week, LaLiga announced a partnership with Gol-Ball™, which will allow fans to collect the footballs with which goals are scored. Until now, it was impossible to know which exact ball rippled the back of the net when a particular goal was scored, but Gol-Ball™ have developed a regulated patent-pending process to identify the balls and now LaLiga will be the first competition to make these balls available to fans.