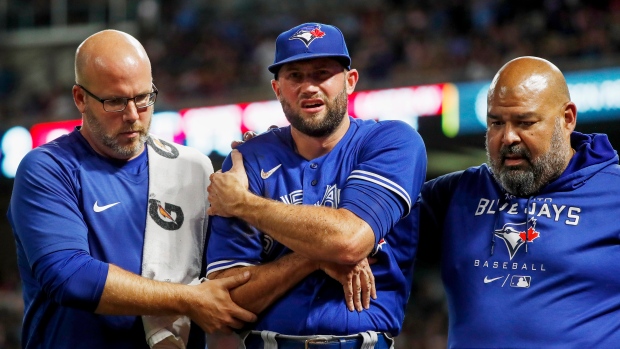 Injured Toronto Blue Jays left-hander Tim Mayza threw off a mound in Toronto and could be a week or two away from a rehab assignment, manager John Schneider said Thursday via MLB.com's Keegan Matheson.

Tim Mayza threw off a mound in Toronto and is catching balls himself now, which he wasn’t for a while after the shoulder injury.

No hard timeline for now, but Schneider says it could be a week or two before a rehab assignment. #BlueJays

Mayza suffered a dislocated left shoulder on a collision at homeplate in early August. Schneider also said Mayza is now able to catch baseballs by himself, which was not the case for a while after sustaining the injury.

TSN Blue Jays Reporter Scott Mitchell tweeted two days after the injury there was initial optimism Mayza would be able to return by the end of the month.

A native of Allentown, Penn., Mayza is in the midst of his fifth season with the Blue Jays after debuting with the club during the 2017 season.