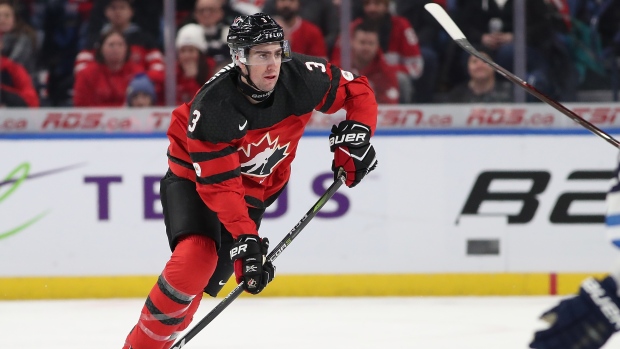 Timmins, who was a member of Canada's gold medal-winning team at the 2018 tournament in Buffalo, released the following through his agency, Quartexx Management:

"I am aware of the allegations made against some of the members of the 2018 Canadian World Junior Hockey team at the London, Ontario gala event in June of 2018. I was not involved in any way in the incident that gave rise to the allegations that have been reported.

"No one alleges that I was present or involved and I have no personal knowledge of what occurred. I cooperated fully with the initial Hockey Canada investigation and will continue to cooperate in any other investigations as required as investigations are ongoing.

"I will not be commenting further on the matter."

Hockey Canada settled a lawsuit in May after a woman, now 24, claimed she was assaulted by eight hockey players, including members of the national junior team, at a gala and golf function in London, Ont., in June 2018.

Timmins' statement comes just under a week after Hockey Canada announced that it was reopening its investigation into the alleged assault and the woman involved in the case has said she will cooperate.

Timmins joins Toronto Maple Leafs defenceman Victor Mete in publicly stating their innocence after Mete did so in a statement last month.