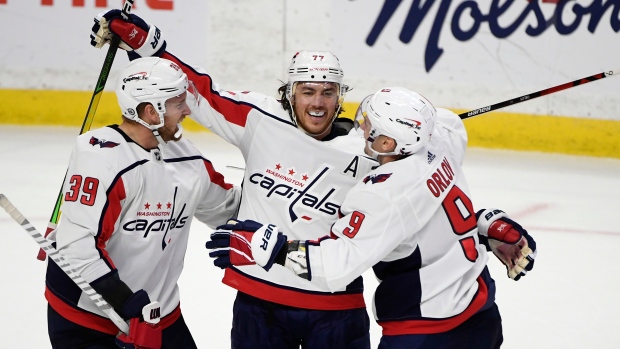 The Washington Capitals player relations team announced that forward TJ Oshie left their pre-season game against the Detroit Red Wings with an upper-body injury on Wednesday.

Injury update: #Caps TJ Oshie (upper body) will not return to tonight’s game and will be re-evaluated tomorrow.

The 35-year-old will be re-evaluated tomorrow, and no further update has been provided by the team at this time.

Oshie is set to appear in his eighth season for the Capitals, and his 15th in the NHL as a whole. He was drafted by the St. Louis Blues with the 24th overall pick of the 2005 NHL Entry Draft.

A portion of Oshie's participation at training camp to this point has been dedicated to endurance and fitness, as he is recovering from core muscle surgery over the offseason.

He appeared in just 44 games last season due to a bevy of injuries throughout the winter, and scored 11 goals while totaling 25 points.