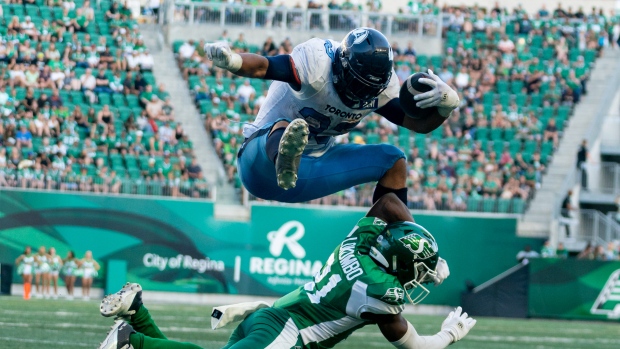 Toronto Argonauts star running back Andrew Harris is done for the season due to a torn pec muscle that requires surgery, according to TSN Football Insider Dave Naylor.

The @TorontoArgos have determined that @andrewharris33’s 2022 season is over. Team was hopeful he would be back in 4-6 weeks but torn pec muscle requires season-ending surgery. #CFL #Argos

Harris, 35, had three carries for 19 yards before leaving the game versus Hamilton in the first half. The 35-year-old Winnipeg native was in his first campaign with Toronto, joining the Argos as a free agent after a successful five-year tenure with the Winnipeg Blue Bombers (2016-19, 2021).