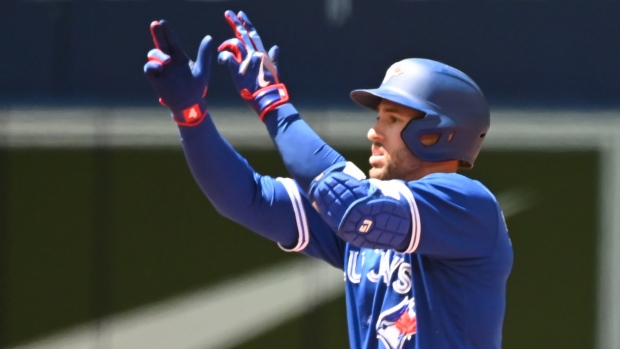 Springer, who has been out since Aug. 4 due right elbow inflammation, could return to the team's lineup for Monday's game against the Baltimore Orioles.

🔹 OF Bradley Zimmer has been designated for assignment pic.twitter.com/6uaa4xdeJe

Zimmer has a .105 average this season with two homer runs, three RBIs and two stolen bases in 76 plate appearances.

The 29-year-old is in his first season with the Blue Jays, having spent the previous five years with the Cleveland Guardians.