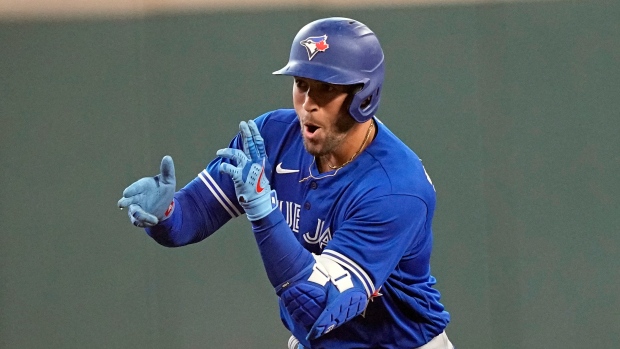 George Springer won't be able to follow up his big Thursday night in the Bronx with another on Friday.

The Toronto Blue Jays outfielder will miss the second game of a four-game set with the New York Yankees after fouling a ball off his knee in the Jays' 9-2 victory in the opener.

Let's start the weekend with a W! #NextLevel pic.twitter.com/9pcHAl4Mo9

The 32-year-old four-time All-Star went 5-for-5 on Thursday night with a run scored.