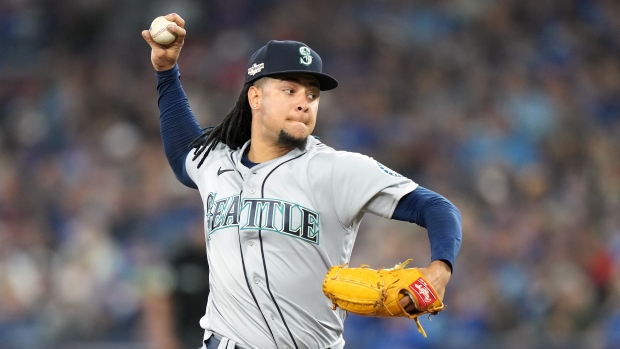 The Toronto Blue Jays are down 4-0 to the Seattle Mariners after six innings of Game 1 of their best-of-three, American League Wild Card series.

Eugenio Suárez and Cal Raleigh did the damage for the road team against Jays starter Alek Manoah.

Suárez doubled home the opening run of the game in the first inning and also brought home the fourth in the fifth inning with a fielders choice ground out.

Raleigh meanwhile has the big blow of the game as he homered to right field in the Mariners' three-run first inning.

Manoah was lifted in the sixth inning after 79 pitches and replaced by reliever Tim Mayza,. He was charged with four runs in his first playoff start.

The Blue Jays threatened offensively in both the third and fifth innings against Mariners starter Luis Castillo, but stranded runners at first and second in both frames.