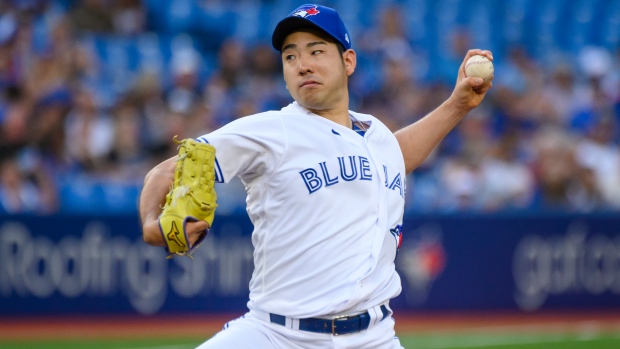 Kikuchi saw his record drop to 4-7 on the season with Monday's 7-3 loss to the Baltimore Orioles, in which he allowed six runs - three earned - in 3 1/3 innings of work. The 31-year-old is winless in his past three starts and has a 5.25 ERA through 20 games this season.

“Everything’s on the table right now,” Schneider said, per MLB.com. “We just want him to continue to focus on the things he’s working on. But having options and having other guys that can step into roles is a good thing. And we’ll figure that out in the next couple days.”

Kikuchi spent three weeks on the injured list last month with a neck strain. He delivered a strong outing in his return in July 28 against the Tigers, allowing one run and two hits over five innings, and held the Tampa Bay Rays to two runs in four innings on Aug. 3, but has allowed 11 runs over his past two starts.

“There are a few things that we’ve been working on, trying to figure out what’s good and what’s bad,” Kikuchi said through an interpreter after Monday's loss. “I feel like we’re just caught in between the ups and downs right now.”

Schneider was non-committal on what changes the team could make to help Kikuchi find his way.

“There’s always a scenario for everything,” Schneider said. “Off-days play into it; performance plays into it. It’s a welcome addition to have (Ross) Stripling back and I love what Mitch White has done as well. You can go a variety of different ways. We’re just going to continue to keep our options open.”

The Blue Jays dropped to 61-53 with Monday's loss and now sit tied with the Tampa Bay Rays for the second wild-card spot, a game and a half ahead of the Orioles, who they will play again on Tuesday and Wednesday.