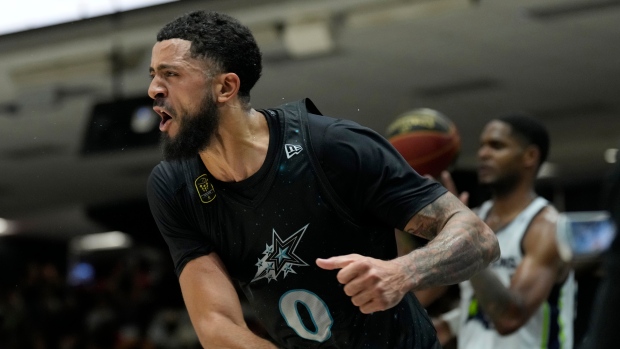 Jalen Harris is free to return to the NBA.

The NBA and National Basketball Players Association announced on Tuesday that the former Toronto Raptors guard's application for reinstatement was granted.

Harris, 24, had been disqualified by the league for one year on July 1, 2021 after testing positive for a prohibited substance under the NBA/NBPA Anti-Drug Program.

A native of Dallas, Harris was the 59th overall pick of the 2020 NBA Draft out of Nevada.

He appeared in 13 games for the Raptors in 2020-2021, averaging 13.2 minutes a night. Most recently, Harris had suited up for the Scarborough Shooting Stars of the Canadian Elite Basketball League.

Harris's rights are still held by the Raptors with the player now a restricted free agent.