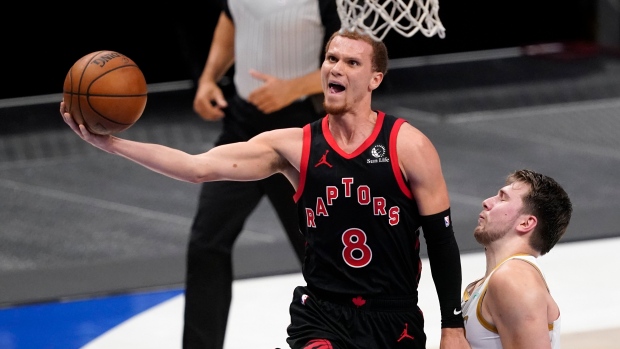 Toronto Raptors guard Malachi Flynn has undergone a procedure to correct a fracture to his left cheekbone, the team announced Wednesday.

Flynn is expected to return to the court prior to the regular season and will wear a face shield at that time.

Malachi Flynn underwent a procedure to correct a fracture to his left cheekbone - an injury he sustained late in Sunday’s game vs Utah. He is expected to be ready for the start of the season but will wear a face shield.

The injury occurred in the third quarter of Sunday’s preseason game against the Utah Jazz in Edmonton. Flynn returned to the game after clearing concussion protocol, but additional specialized imagery in Toronto revealed a small fracture.

The 24-year-old Flynn averaged 4.3 points and 1.6 assists in 44 games last season. He is entering his third year with the team.