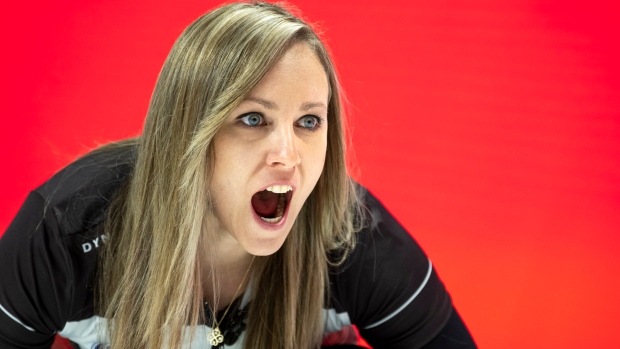 The new-look Team Rachel Homan has announced its throwing order for the 2022-23 season.

Tracy Fleury, who was one of the game's biggest off-season pickups, will call the game and throw third stones while Homan will continue to throw fourth stones for the Ottawa foursome. After serving as second the past couple seasons, Sarah Wilkes moves to lead and longtime vice Emma Miskew will play the second position for the first time on Team Homan starting in the fall.

Thanks to everyone who participated in the @CoolbetCanada Pick (winner has been selected)! We can’t wait to be on the ice with you all soon. 👊📺 pic.twitter.com/19upiMC2dX

Homan, 33, has skipped and thrown fourth stones since bantam curling in the early 2000s with Miskew, 33, always serving as her vice.

Fleury, 36, was added to the fold at the conclusion of the 2021-22 campaign after longtime front end player Joanne Courtney announced she was stepping away from the sport. The Sudbury, Ont., native was a win away from representing Canada at the Winter Olympics this year in Beijing, but lost a heartbreaker to Team Jennifer Jones in the Tim Hortons Curling Trials final. Like Homan, Fleury, who has made five appearances at the Scotties Tournament of Hearts, has had full skip duties for the entirety of her pro curling career.

Team Homan missed the playoffs at the Tim Hortons Curling Trials with a 2-6 record. Miskew took over skip duties at the Scotties in Thunder Bay Ont., with Homan competing in mixed doubles with John Morris at the Olympics. Miskew led the rink to a 4-4 record, but missed the playoffs. Fleury missed most of the tournament due to a bout with COVID-19 as her team just missed the page playoffs after going 7-1 in the round robin.

Homan and Miskew are both three-time Scotties champions, last winning in 2017, a year before they represented Canada at the 2018 Winter Olympics. Wilkes won the 2019 national title with Team Chelsea Carey before joining Homan's squad as a replacement for Lisa Weagle in 2020-21.