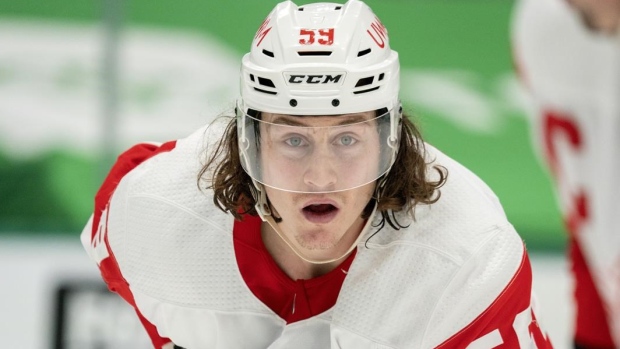 Tyler Bertuzzi had successful surgery this morning and is expected to be out 6 weeks, per Coach Lalonde.

Bertuzzi was injured during the Red Wings loss Buffalo Sabres, when he was hit in the left hand by a shot from teammate Ben Chiarot.

The 27-year-old has played just nine games this season after missing a month after breaking the same hand in the second game of the season. He has one goal and three assists this season.