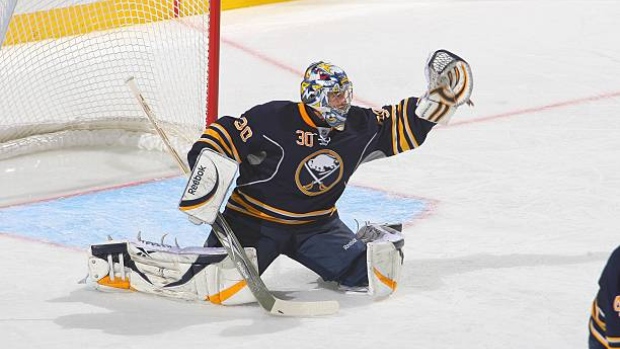 The three are joined by Steve Cash and Jim Johansson with a ceremony to be held on November 30 at the RiverCentre in St. Paul, MN.

“These five individuals have had a tremendously positive impact on hockey in America,” Mike Trimboli, president of USA Hockey, said in a statement. “They have all made countless contributions to the game throughout their impressive careers and their impact will be felt for years to come. We look forward to honoring them as the 50th class of the U.S. Hockey Hall of Fame in November."

Miller, 42, appeared in 792 NHL games over 18 seasons from 2003 to 2021 with the Buffalo Sabres, St. Louis Blues, Vancouver Canucks and Anaheim Ducks. The Vezina winner in 2010, Miller holds the record for most wins by an American-born goalies with 391 and sits 14th all-time in NHL history. Internationally, Miller represented the U.S. on a number of occasions, most notably being named Most Valuable Player of the 2010 Vancouver Olympics in a silver medal-winning performance.

Natives of Grand Forks, ND, the 33-year-old Lamoureux twins are two of the most decorated players in USA Hockey history. Each has won six IIHF Women's World Hockey Championship titles, as well as the gold medal at the 2018 Pyeongchang Olympics to go along with a pair of Olympic silver medals.

Johansson died in 2018 at the age of 53. A pick of the Hartford Whalers in the 1982 draft, Johansson suited up for Team USA at two Olympic Games, two world championship and two IIHF World Junior Hockey Championships. He joined USA Hockey in 2000 until his death in an executive role with teams under Johansson winning a combined 64 medals in IIHF competitions.