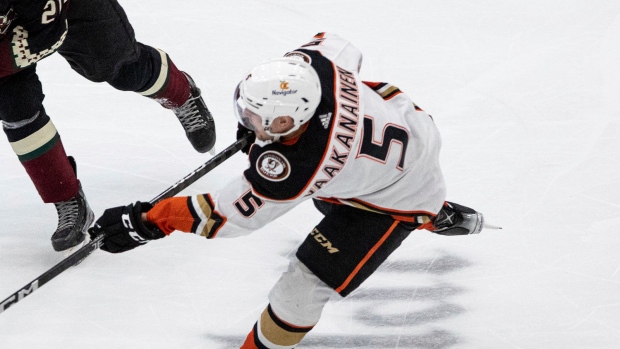 Anaheim Ducks defenceman Urho Vaakanainen left the ice on a stretcher after being injured in the first period of Friday's preseason game against the Dallas Stars.

The team announced that Vaakanainen was taken to UCI Medical Center and is fully conscious and alert with full movement in his extremities.

Ducks defenseman Urho Vaakanainen was taken to UCI Medical Center for evaluation after being injured during tonight’s game. He has full movement in his extremities and is fully conscious and alert.

The incident occurred as he lost his balance while assisting on a Derek Grant goal, crashing hard into the endboards head-first. The 23-year-old Finn remained down on the ice for some time and was eventually stretchered off while his Ducks teammates came out onto the playing surface to check on him.

This is Vaakanainen's third season with the Ducks organization after coming over in a deal with the Boston Bruins in March of last year. In 45 career NHL games, Vaakanainen has eight points - all assists.