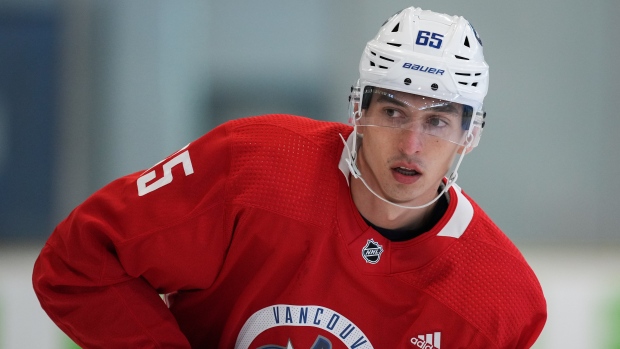 Vancouver Canucks forward Ilya Mikheyev will start the season on injured reserve, the team announced on Monday. Defencemen Travis Dermott and Tyler Myers will also begin the season on the IR.

Forward Brock Boeser will begin the season on the club's active roster.

TSN's Farhan Lalji added that forward Linus Karlsson has been assigned to the AHL's Abbotsford Canucks in " a performance-bonus related cap move that is expect to change after game one."

Mikheyev, 28, is week-to-week with a lower-body injury. He played 53 games with the Toronto Maple Leafs last season, scoring 21 goals and adding 11 assists. In 146 career games, all with the Leafs, Mikheyev has recorded 36 goals and 36 assists.

Boeser had been recovering from hand surgery he underwent on Sept 26. In 71 games last season, the 25-year-old tallied 23 goals and 23 assists. In 324 career games Boeser has scored 121 goals and 256 points.