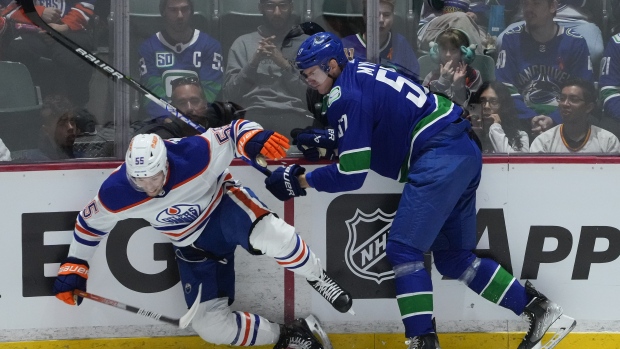 The 32-year-old play on a defensive pairing with Kyle Burroughs in the Canucks' 5-4 win over the Edmonton Oilers on Wednesday but did not participate in practice on Thursday or Friday. TSN's Farhan Lalji expects Quinn Hughes to open the season playing on the right side. as a result of Myers' injury.

Myers played 82 games with the Canucks last season, recording one goal and 17 assists. In three seasons with Vancouver, the Houston, Texas native has 13 goals and 47 assists in 205 games.