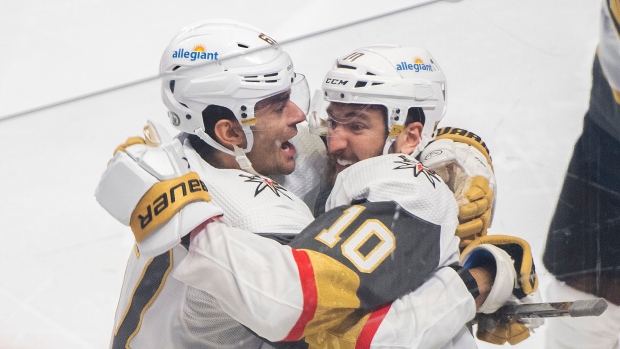 The deal has an average annual value of $3 million.

The Quebec native was selected in the fourth round, 96th overall, by the Carolina Hurricanes in the 2015 NHL Entry Draft before he was traded to the Golden Knights in June 2019.

Roy has 26 goals and 38 assists over 163 career games split between the Golden Knights and Hurricanes. He also has five goals and 12 assists over 39 playoff games, all with Las Vegas.

The 25-year-old was a member of Canada's 2017 World Junior team that captured the silver medal, scoring three goals and one assist over seven games.