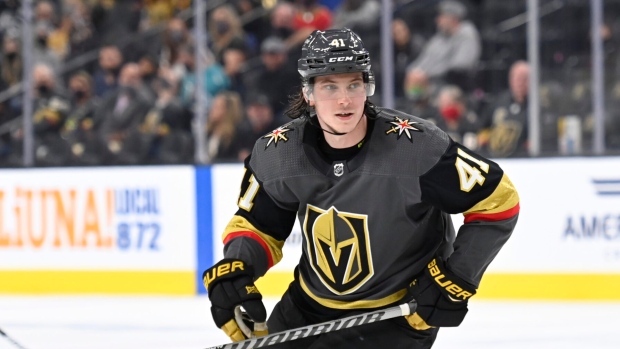 Nolan Patrick, Robin Lehner & Shea Weber will not play in the 2022-23 season.

The 24-year-old Winnipeg native's career has been riddled by injury.

Last season, Patrick was limited to only 25 games with an upper-body injury, scoring two goals and adding five assists. Patrick has appeared in a combined 77 games over the past two seasons.

He was originally taken with the second overall selection of the 2017 NHL Entry Draft out of the Western Hockey League's Brandon Wheat Kings by the Philadelphia Flyers.

Patrick was traded twice prior to last season, firstly dealt by the Flyers to the Nashville Predators and then to Vegas in exchange for Cody Glass.

In 222 career games over four seasons with the Flyers and Golden Knights, Patrick has 32 goals and 45 assists.

Patrick is the son of former NHL player Steve Patrick and nephew of defenceman James Patrick, who suited up for 1,280 career games.