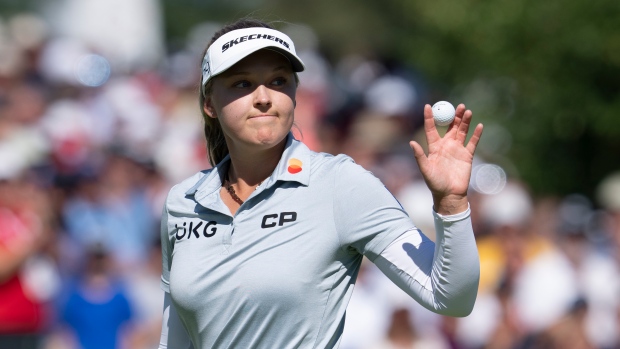 On Wednesday, some of my colleagues from the sports media world will gather to name the winner of the Northern Star (formerly Lou Marsh) Award. It’s presented annually to Canada’s top athlete of the past year.

In my overly biased opinion, it should be a short meeting. The obvious winner should be Brooke Henderson. Hands down.

She won twice on the LPGA Tour in 2022, including a major championship, which makes her the first Canadian to have multiple major titles. Winning the Amundi Evian Championship, one of the five major championships in women’s golf, was the highlight of a great and consistent season.

What the Smiths Falls, Ont. sensation accomplished on the LPGA Tour was outstanding and perhaps one of Canadian golf’s greatest seasons. Only Mike Weir’s 2003 campaign would rank higher.

Despite all her accomplishments, Henderson has never been named as the top Canadian athlete, although she has won the Bobbie Rosenfeld Award as Canada’s top female athlete three times. Only three golfers have won the Northern Star trophy: Marlene Streit, a two-time winner, Sandra Post, and Weir.

There are others who deserve attention for this year’s award, of course. Brian McKeever, the cross-country skier who won three gold medals at the Beijing Paralympics; Summer McIntosh, the teen swimmer who grabbed a handful of medals at the world championships; and tennis star Felix Auger-Aliassime, who nabbed four titles on the ATP Tour and helped Canada to the Davis Cup.

There’s also a handful of hockey, basketball and soccer players. There has been no shortage of wonderful performances.

In my one-sided opinion, none match what Henderson did, especially the consistency, week-in and week-out, over a long season. The vast majority of her finishes came against the best players in the sport. It’s rare for the field of an LPGA event to have anything but the top-ranked golfers.

I don’t envy those who have to cast a ballot. It’s easy to make an argument for any one of the outstanding Canadian athletes (and from what I’ve been told, there is plenty of arguing on voting day). I’m sure those who cover tennis can present a great case as to why Auger-Aliassime should win just as I can for Henderson.

Hopefully this year, the voters realize just how magical a season Henderson had and do the right thing by naming her the winner.