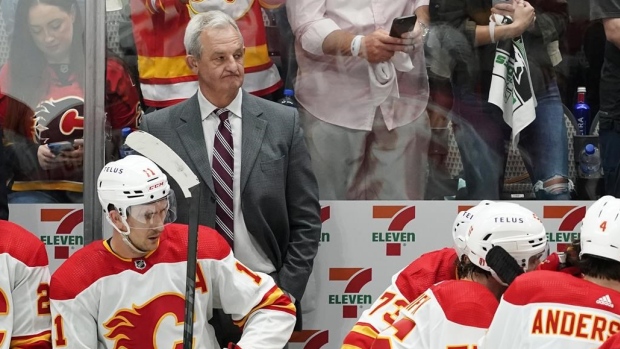 In preparation for the opening of the NHL regular season, NHL.com’s editorial panel made its picks for the Jack Adams Award, awarded to the coach adjudged to have contributed the most to his team’s success. The most common selections were Pittsburgh’s Mike Sullivan, Carolina’s Rod Brind’Amour, New York’s Gerard Gallant, and Nashville’s John Hynes.

Forecasting the Jack Adams Award is difficult, if not impossible, because the criteria has grown increasingly rigid over time. You are either a new head coach for a franchise and recognized for pulling a team out of the gutter, or you are a head coach of a team that was competing for the top spot in the NHL standings.

These are reasonable north stars, but they also don’t answer a lot of questions. What if fortune had a significant impact on a team’s year-over-year improvement, and most of the credit really is explainable through a surge in shooting percentages or save percentages? What if the coach of a team walked into an elite lineup, built well by the front office and devoid of holes? How do we weigh these events appropriately? And what of the coaches who had significant impacts on their team’s performance but were neither bad enough the previous season, or elite enough in the current season, to justify consideration? They have been effectively held out of consideration for years.

Consider the last 15 years of Jack Adams candidates. We can effectively isolate any of the recent winners into the two proposed categories. Here’s what their candidacy looked like:

Let’s start with the elite teams, or the coaches who took a recently great team to the next level. Across these five coaches there are some notable parameters:

What’s interesting across this group of five coaches is there are few, if any, flukes. Claude Julien, Dan Bylsma, Barry Trotz, Gerard Gallant, and Bruce Cassidy are some of the winningest coaches of the past two decades and have continued getting shots around the league even after one or more terminations. In many cases they have had success elsewhere – so keep an eye on the likes of Cassidy, who starts in a new role with the Vegas Golden Knights this season.

Now let’s look at the candidates who rapidly improved a team’s fortune:

It’s rather remarkable how similar these numbers are to the other segment of Jack Adams Award winners, up to and including the fact their life span after winning coach of the year is identical to that of coaches running elite teams. The only difference, I would submit, is these coaches started from the bottom – a 76-point team is well inside of the draft lottery.

I do wonder if that creates the recipe for a higher likelihood of “fool’s gold” as it relates to coaching evaluations. There are recent winners in this category who also have a track record of success (Barry Trotz; Darryl Sutter), but names like Paul MacLean, Patrick Roy, and Bob Hartley stand out like sore thumbs.

How does it relate to the 2022-23 season, and how may we handicap the field of prospective Jack Adams candidates? I think you have your two truths: you either need a head coach of a team who finished somewhere in the draft lottery, or you need a team that’s keyed for a top-three finish. What might that look like?

You can start applying context to this list of coaches as you see fit. For example, Ottawa’s D.J. Smith probably is under a lot more pressure to deliver a contender this season than someone like David Quinn in San Jose, and to that end, a San Jose surge in the standings would draw a lot of attention. Similarly, the bar for Jared Bednar to clear in Colorado is strikingly – perhaps impossibly – high. Is that the case for someone like Jay Woodcroft in Edmonton, who starts his first full season behind the bench next week?

For what it’s worth, Woodcroft would lead the list of my top candidates –- he showed himself very capable last season, will take over a talented lineup with two superstars, and plays in a weaker division. Rounding out my top three are Smith in Ottawa, assuming command of a rebuilt Ottawa team with a ton of scoring firepower, and Dallas Eakins in Anaheim, a coach under pressure to deliver but with a path in the Pacific Division.