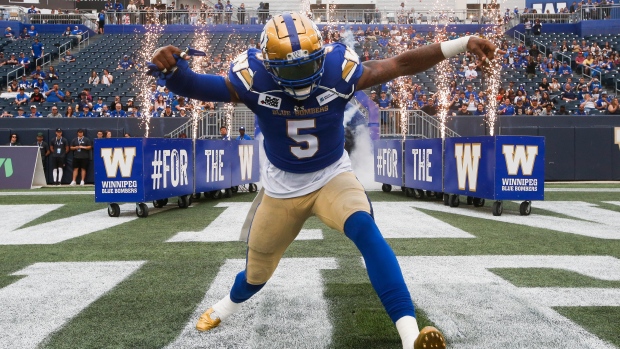 The Winnipeg Blue Bombers and defensive end Willie Jefferson have agreed to terms on a one-year contract extension, it was announced Saturday.

He was originally scheduled to become a free agent in February.

The Beaumont, Texas native will return to the Bombers for his ninth CFL season and fourth in Winnipeg, helping the team to back-to-back Grey Cup wins in 2019 and 2021 and another Grey Cup berth in 2022, ultimately losing to the Toronto Argonauts.

Jefferson was named the Bombers' Most Outstanding Player last season and also made the West Division All-Star Team. He tallied seven sacks, 33 tackles, two forced fumbles, 10 pass knockdowns and an interception, which he returned for a touchdown.

He also became the first player in CFL history to record at least 50 career sacks and 50 pass knockdowns.

The 31-year-old played with Edmonton in 2014 and 2015 and moved onto the Saskatchewan Roughriders in 2016, remaining there until joining the Bombers in 2019. He played collegiately at Stephen F. Austin.