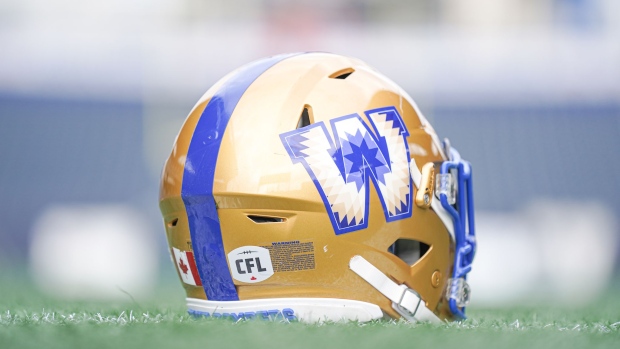 The Winnipeg Blue Bombers and Saskatchewan Roughriders announced Wednesday that both teams will wear orange jerseys for Friday's game on National Truth and Reconciliation Day.

“The Blue Bombers and Riders will once again wear special orange New Era jerseys for pre-game warmup to recognize Orange Shirt Day,” said Wade Miller, president & CEO of the Winnipeg Football Club in a statement. “Our jerseys will be made available for an online auction after the game, with funds raised donated to Winnipeg Aboriginal Sport Achievement Centre (WASAC).”

"As we reflect on the National Day for Truth and Reconciliation, we hope that these jerseys will serve as a small symbol of our commitment to reconciliation and the work we’ve done and will continue to do moving forward as allies of the Indigenous community,” said Saskatchewan Roughriders president and CEO Craig Reynolds in a separate statement.

The Bombers, who host the Roughriders on Friday Night Football, also announced that the game will feature an anthem sung in Ojibwe by Strong Warrior Girls Anishinaabe Singers. Pow wow singers, dancers and drummers featuring Ray CoCo Stevenson and the Walking Wolf Singers will lead the team onto the field prior to kickoff. In addition, the halftime Norman Chief Memorial dancers, Leaders from the Indigenous Community will take part in the coin toss, and four language and culture advocates will be honoured during the game.

Both clubs will auction off the jerseys with proceeds going towards Indigenous sports programs in their respective provinces.