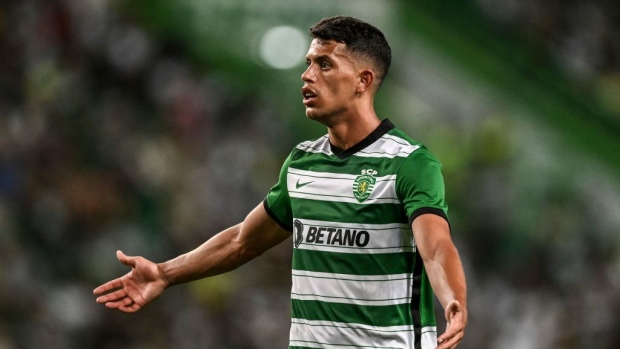 Wolverhampton Wanderers are breaking the bank to beef up the midfield.

BBC Sport's Simon Stone reports the team has agreed a club-record £38 million fee with Sporting for the transfer of Portugal international Matheus Nunes.

Nunes, 23, is in his fourth season at Sporting after a transfer from Estoril. He's made 101 appearances across all competitions, scoring eight goals.

Born in Rio de Janeiro,  Nunes received a Portuguese passport in 2021 after having lived in the country for 10 years and has been capped eight times by the Portugal senior side.

Nunes's potential arrival would be the third big-money incoming at the Molineux in recent weeks, following fellow Portugal international Goncalo Guedes coming aboard from Valencia and Ireland defender Nathan Collins joining from Burnley.

Wolves has a loss and a draw in its opening two Premier League matches. Bruno Lage's side is next in action on Saturday with a visit to Tottenham Hotspur.