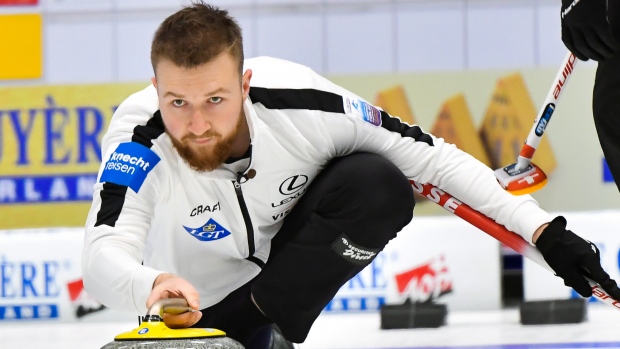 A newly formed Swiss foursome is wasting no time finding success on the men's World Curling Tour this season.

It was a great game, but we couldn’t finish it off. Hats off to Team Schwaller on their win! Overall a good start for us in our first event as a new squad 👏🏻

We’ll be back at it this weekend in the ATB Okotoks Classic! 🥌

Team Schwaller won in Martensville, Sask., last weekend and are 17-4 over three events this season.

Schwaller's crew won seven of their eight games at this weekend's event in Leduc, Alta., including wins over Team Aaron Sluchinski and Team John Epping in the playoffs before meeting Team Carruthers in the final.

Carruthers, who is also skipping a new squad this season, made an impressive raise double take-out in the final.

Carruthers' former teammate Mike McEwen posted a 2-3 record and missed the playoffs in his second event with his new Ontario foursome.