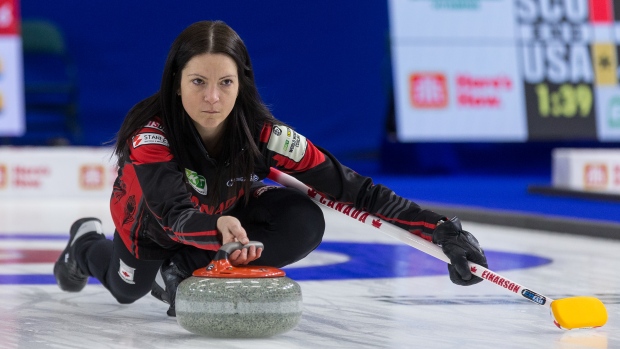 As the summer winds down, it’s time for the curling season to heat up.

On Thursday, Curling Canada announced the teams and bracket for the inaugural PointsBet Invitational set to take place at Willie O’Ree Place in Fredericton, N.B., from Sept. 21-25.

Here are the opening round matchups for the single-elimination tournament.

No. 4 Team Chelsea Carey vs. No. 13 Team Selena Sturmay

No. 6 Team Casey Scheidegger vs. No. 11 Team Kerry Galusha

No. 8 Team Kelsey Rocque vs. No. 9 Team Christina Black

No. 5 Team Reid Carruthers vs. No. 12 Team Braden Calvert

No. 7 Team Colton Flasch vs. No. 10 Team Karsten Sturmay

The sponsor’s exemption teams will be determined via a fan vote set to take place later in August on Curling Canada’s social media channels.

The PointsBet Invitational will be the first time that curling fans will get to see many of the new teams formed this off-season at the conclusion of another Olympic quadrennial.

On the men’s side, Brad Gushue, Brendan Bottcher, Matt Dunstone, Kevin Koe, Reid Carruthers, and Mike McEwen are all skipping tweaked or completely new teams this season, while Kaitlyn Lawes, Rachel Homan, Chelsea Carey, Jennifer Jones, Casey Scheidegger and Andrea Kelly will do the same on the women’s tour.

Take a look at all the lineup changes with TSN.ca’s roster tracker.

Teams heading to Fredericton will each receive $5,000 to cover travel and accommodation costs and will earn more cash after each win.