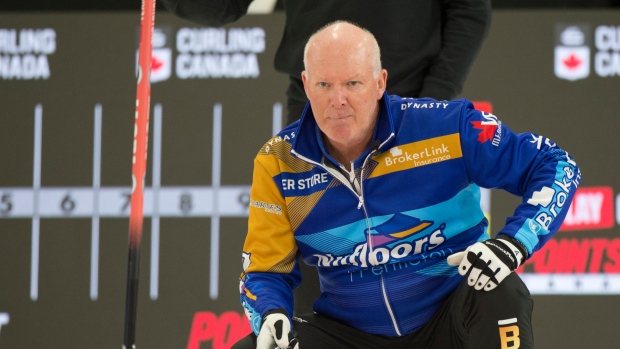 We are pleased to welcome the legendary Glenn Howard to Team Jennifer Jones as our new coach.
Glenn brings so much experience and knowledge on and off the ice and has tons of coaching experience.
All of us are super excited to have Glenn join the team!
📸:@CurlingCanada pic.twitter.com/sBWeZnuoTg

"Glenn brings so much experience and knowledge on and off the ice and has tons of coaching experience," the team wrote on Twitter. "All of us are super excited to have Glenn join the team!"

The 60-year-old Howard, who still curls competitively with his Ontario-based team, has won four Brier Tankards and four world men's championships in his long career. Howard coached Scotland's Team Eve Muirhead at the 2018 Winter Olympics where they finished in fourth place.

On Monday, the Winnipeg rink announced that Viktor Kjell would be stepping away from his role as the team's coach to pursue other opportunities. Kjell, 37, started coaching Jones' former rink in 2018, helping that foursome reach the Winter Olympics earlier this year in Beijing.

Privilege to have been on this journey with all of you, thank you! https://t.co/HyihX7ptwB

Jones, a six-time Scotties Tournament of Hearts champion, is now skipping a new team in Manitoba featuring Karlee Burgess, Mackenzie Zacharias, Emily Zacharias and Lauren Lenentine. Jones and company have already won a pair of events in 2022-23, including the $50,000 PointsBet Invitational in Fredericton, N.B., last month.