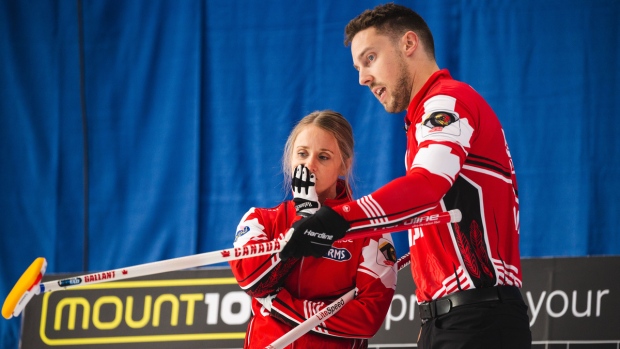 The Calgary mixed-doubles duo of Jocelyn Peterman and Brett Gallant captured their first win of the season on Sunday, defeating Regina's Chaelynn Kitz and Brayden Stewart in the championship game at the Winnipeg Open, 5-4.

Champions! We’re grateful to come out on top in a great field of Mixed Doubles teams in Winnipeg.

See you next time! 💪🏆🥌 pic.twitter.com/9zwva7LADT

Peterman and Gallant were up 4-1 at the midway point before allowing three straight singles to even the game going into the eighth end. They'd get their one point in the last end to pick up the close victory.

En route to the final, the pair defeated Kerri and Kyle Einarson in the quarterfinal as well as Jennifer Dodds and Bruce Mouat in the semifinal.

Peterman and Gallant, who got married and moved to Alberta this summer, were finalists at the Qualico Mixed Doubles Classic in Banff, Alta., earlier this season.