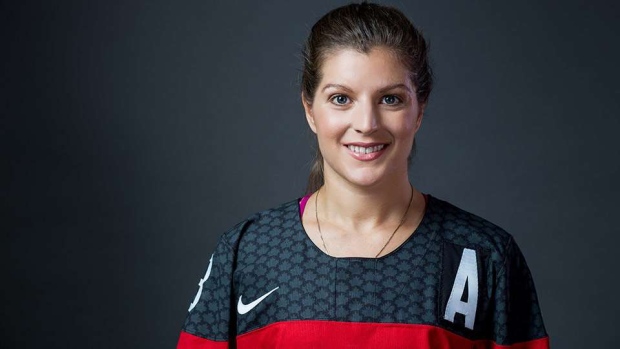 The Hamilton Bulldogs announced on Monday that the team has hired Laura Fortino as the first female assistant coach in OHL history as well as director of player development.

Fortino, a Hamilton native, played locally with the Stoney Creek Sabres and Burlington Barracudas, with Cornell from 2009-2013 and with the Brampton/Markham Thunder of the CWHL. She also represented Canada at a pair of Women’s U-18 Championships, winning a silver medal in 2009. She medaled at every international tournament, including six Women’s World Championships and two Olympic Games, with a gold medal performance at the 2014 Sochi Olympics.

"We are incredibly excited to welcome Laura to our Hamilton Bulldogs family," said Bulldogs president and general manager Steve Staios in a statement. "Laura exudes the passion, character and leadership that we covet in Hamilton.

“We have witnessed firsthand through our training and development camps over the years, her ability to coach and mentor players. Laura’s playing experience and success speaks for itself, she has been an instrumental part on many Championship teams and undoubtedly will carry on that success as a coach.”

"I’m thrilled to add Laura to our staff,” added Hamilton Bulldogs head coach Jay McKee. “With her infectious personality and fantastic hockey resume, I’m grateful for the opportunity to work alongside her.”