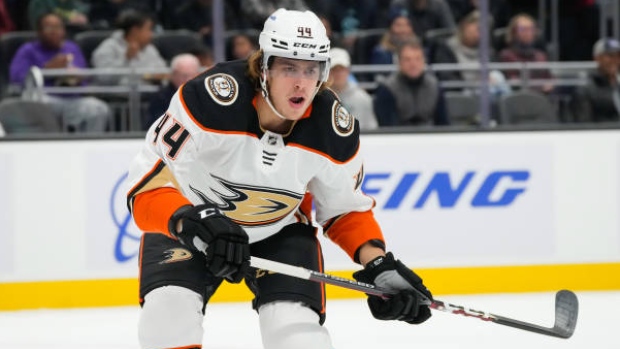 "I am aware of the allegations of sexual abuse made against some of my former teammates on the Canadian World Junior Hockey team," Comtois wrote. "The allegations are deeply troubling, and I am cooperating with investigators to help as much as I can. I was not involved in any way with the alleged abuse, and, as far as I know, no one has ever suggested otherwise. Out of respect for the investigation, I do not intend to offer further public comment."

Here is my statement concerning the Hockey Canada investigation: pic.twitter.com/G1q7uIK9iL

Both players were a part of Canada's gold medal-winning team at the 2018 tournament in Buffalo, with Clague serving as an alternate captain.

"As a member of the 2018 Canadian World Junior hockey team, I feel it is important to state I was not in attendance at the Hockey Canada Gala, nor was I in London, Ontario on the day that the incident is alleged to have occurred," Clague wrote. "Should my help be requested by those investigating this matter, I am fully prepared to cooperate in any way I can. Given the ongoing investigation I will not be providing any further comments at this time."

My statement regarding the Hockey Canada investigation pic.twitter.com/wk45cOKLgE

Several other members of Canada's 2018 World Junior team have also put out statements over the last few days regarding the alleged assault.

Hockey Canada settled a lawsuit in May after a woman, now 24, claimed she was assaulted by eight CHL hockey players, including members of the World Junior team, at a gala and golf function in London, Ont., in June of 2018.

Rick Westhead has more on the story here.