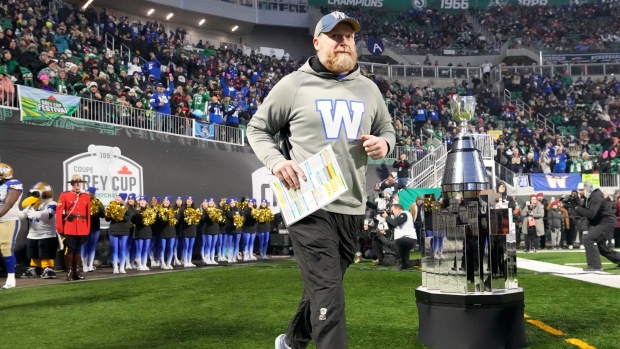 The deal for O’Shea is 3 years. #Bombers. #ForTheW @CFLonTSN https://t.co/u8fOQy5B8Y

O’Shea said last week he was not in a rush to get a deal worked out after leading the Blue Bombers to a third straight Grey Cup appearance.

O’Shea also said he was focused on concluding exit interviews with the team's players following their loss to the Toronto Argonauts in the final on Nov. 20 in Regina.

Blue Bombers general manager Kyle Walters said prior to the Grey Cup he expected O'Shea to remain with the team.

"I fully expect that will be the case again this year. I don't really worry about it because it's nothing new."

The native of North Bay, Ont., was named CFL Coach of the Year after guiding Winnipeg to a league-best 15-3 record this season and a second straight first-place finish in the West Division. The Blue Bombers won the Grey Cup under O'Shea in 2019 and 2021.