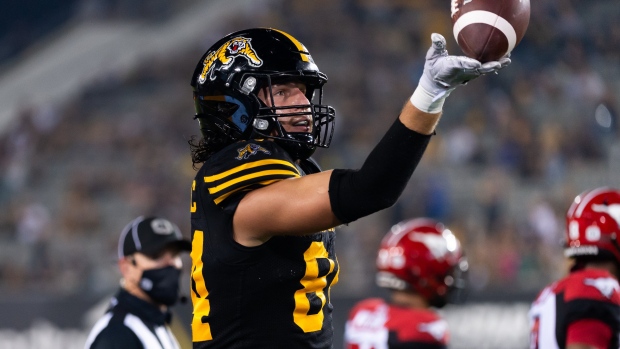 The Indianapolis Colts announced Monday that they have elevated former Hamilton Tiger-Cat and Canadian tight end Nikola Kalinic ahead of their game against the Pittsburgh Steelers on Monday Night Football.

We have elevated TE Nikola Kalinic and LB Forrest Rhyne to the active roster from the practice squad.

The Toronto-born Kalinic was selected by the Tiger-Cats with the 10th overall pick in the 2019 Canadian Football League Draft. Kalinic played two seasons for the Tiger-Cats (2019, 2021), appearing in 30 games across those seasons, tallying 23 receptions for 192 yards and two touchdowns.

Following the Tiger-Cats' loss to the Winnipeg Blue Bombers in the 108th Grey Cup, Kalinic was released from the club so he could pursue an opportunity with the National Football League.

Kalinic signed with the Colts, was waived, and signed to their practice squad.