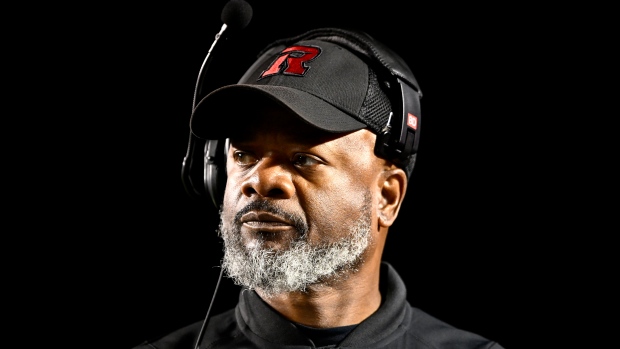 The Ottawa Redblacks have narrowed their list of candidates for their vacant head coaching position to three, per TSN's Farhan Lalji.

I’d expect shortlisted candidates to come to Ottawa later this week for in person interviews. Decision expected by Mon. @CFLonTSN

Mark Washington, Corey Mace and Bob Dyce are the three candidates named by Lalji in a tweet posted on Tuesday night.

Mace, 36, is the defensive coordinator for the Toronto Argonauts, a position he took over before the 2022 season. The Argos generated the most turnovers in the CFL this season, and they held the league's top offence (Winnipeg Blue Bombers) to just 23 points in a Grey Cup victory on November 20.

The candidates are expected to arrive in Ottawa later this week for in-person interviews, and Lalji reports a decision is expected by Monday, Dec. 5.