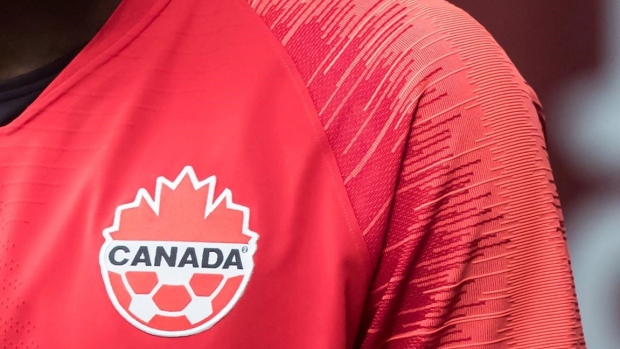 The men’s national soccer team, which doesn’t have a contract agreement just two months before the World Cup begins in Qatar, is waiting for Canada Soccer to respond to an offer made nearly a month ago, two sources familiar with the matter told TSN.

Representatives for the players proposed on Aug. 25 that the men’s and women’s national teams share equally in an 80 per cent stake of the $10 million (U.S.) prize money Canada Soccer is to receive for the men’s team qualifying for this year’s World Cup, the sources said.

The offer was made during a Zoom meeting two weeks after Canada Soccer publicly recognized the Canadian Men’s National Soccer Team Players Association (CMNSTPA) as the bargaining agent for players invited by Canada Soccer to train or play for the men’s national team.

Player representatives with the Canadian Soccer Players Association, which represents players on the women's national team, declined to comment.

During the Aug. 25 meeting, lawyers for the men’s national team players also challenged the use of the images and likenesses of players by some of Canada Soccer’s corporate sponsors, a source told TSN, adding that the players’ lawyers asked the federation for a list of companies that have been given permission to use players’ images in marketing.

“The conversations with our Canadian National Teams are ongoing and progressing well and we will continue to negotiate in good faith,” Canada Soccer wrote in a statement to TSN. “The objective remains to collectively find a resolution based on the values of fairness and equal pay, and the best way to do that is to continue negotiating internally and through our respective legal counsel. We will continue to respect this process and work towards that goal.”

Sources also told TSN that during a subsequent virtual meeting on Sept. 1, Canada Soccer lawyer Sean Bawden told lawyers for the CMNSTPA that players with the men’s national team owe the federation $3.5 million worth of lost ticket revenue for refusing to play in a June 5 game against Panama. The sources said it was unlikely that Canada Soccer would pursue any effort to demand players compensate the federation.

The men’s national team is training in Vienna and is scheduled to play World Cup warmup games against Qatar on Sept. 23 in Vienna and Uruguay on Sept. 27 in Bratislava, Slovakia. Canada opens the World Cup against Belgium on Nov. 23.

On June 4, a day before men’s national team players went on strike, the players had asked Canada Soccer for an after-tax payment of $4 million for qualifying for this year’s World Cup.

At the time, several sources told TSN that Canada Soccer president Nick Bontis informed players the federation could not afford to make such a payment because too much of the organization’s revenue was being siphoned away via a marketing and broadcasting contract with a little-known private company called Canada Soccer Business, which is controlled by Canadian Premier League team owners.

The agreement obliges CSB to pay a guaranteed fee to Canada Soccer annually between 2019 and 2027 in exchange for the rights to sell both broadcasting and corporate sponsorship rights to the men’s and women’s national teams.

In 2019, that fee was $3 million, according to a copy of the contract obtained by TSN. The guarantee climbs each year, topping out at $3.5 million in 2027. The contract, which is signed by Steve Reed (Canada Soccer’s president from 2017-20), says CSB has the right to extend the deal for an additional 10 years and if it triggers that extension, must pay Canada Soccer at least $4 million per year from 2028 to 2037.

CSB has the right to keep all revenue from selling the national teams’ sponsorships and media rights.

In a joint statement released in July, players with the men’s and women’s national teams demanded to review the contract between Canada Soccer and CSB. They still have not been provided with a copy of the contract, sources told TSN.

Canada Soccer has made some progress in talks with players, the sources said. The federation on Sept. 13 offered in a letter to players’ counsel to provide players with four tickets to each of Canada’s World Cup games, plus the chance to buy 10 additional tickets for each game, the sources said, adding that Canada Soccer also has offered a bonus to each player on the World Cup squad of $20,000, plus $8,000 for each additional round if Canada advances out of the group stage.