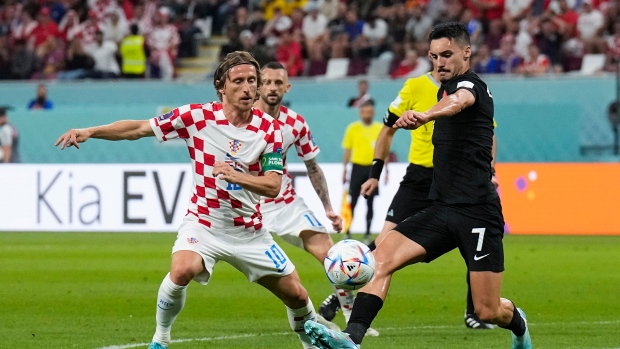 Canadian midfielder Stephen Eustaquio did not train on Wednesday with the rest of his teammates ahead of Canada's final match against Morocco at the 2022 FIFA World Cup in Qatar on Thursday.

According to TSN's Matt Scianitti, Eustaquio continues to rehab a hamstring injury he sustained on Sunday against Croatia.

Canada Soccer says Eustaquio continues to rehab a hamstring injury. All other starters and subs from the Belgium and Croatia matches are present @TSN_Sports @TSNSoccer https://t.co/WQiP4clJFC

Eustaquio plays club football with FC Porto of the Primeira Liga in Portugal.

Making it's first World Cup appearance in 36 years, Canada will not make the knockout stage following group stage losses to Belgium (1-0) and Croatia (4-1).