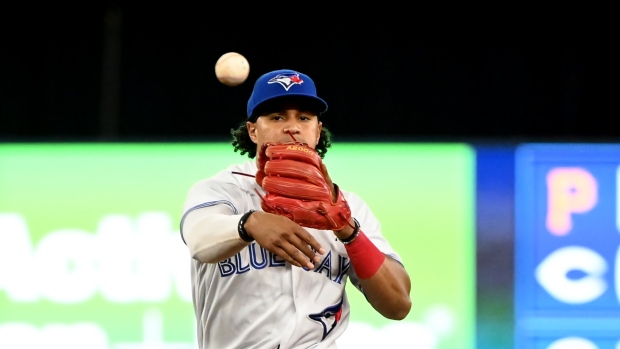 The Toronto Blue Jays announced their Wild Card Series roster, which includes the return of infielder Santiago Espinal, who has been on the 10-day injured list since Sept 22 with an oblique strain, but does not include outfielder Lourdes Gurriel Jr.

The deadline for the roster to be submitted was 10am est on Friday. The Blue Jays were hopeful Gurriel Jr. could return to the lineup, as TSN Blue Jays Insider Scott Mitchell indicated he was progressing quickly in his recovery from a hamstring strain suffered on Sept 7.

Instead, the Blue Jays elected to include rookie catcher Gabriel Moreno on the roster - who appeared in the field at second base, third base and in the outfield in the season finale on Wednesday.

On the pitching front, the Jays included left-hander Yusei Kikuchi on the roster after a shaky season where he was demoted to the bullpen in August.

Kevin Gausman, who is likely to start game two on Saturday, indicated he is fully healthy after being pulled early from his start on Monday with a cut on his finger.

If Toronto is able to defeat the Seattle Mariners in their three-game Wild Card Series, they will be able to submit a new roster for the ALDS against the Houston Astros next week.