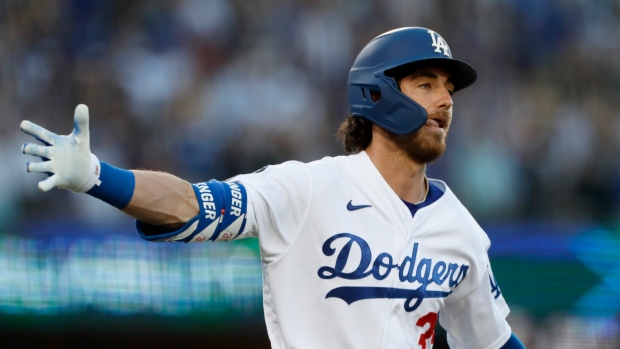 Jays are among teams in on Cody Bellinger. New hitting coach Don Mattingly was with Dodgers when Bellinger was in minors. Bellinger looking for 1 year desl to reset for around $20M. Dodgers showed interest after non-tendering but reunion thought unlikely.

Bellinger is reportedly looking for a one-year deal in the range of $20 million in hopes of resetting his career.

New Blue Jays bench coach Don Mattingly was with the Dodgers when Bellinger was in the minors.

The Dodgers showed interest in Bellinger after non-tendering him, but a reunion is unlikely, Heyman said.

Bellinger, 27, has spent his entire six-year MLB career with the Dodgers.