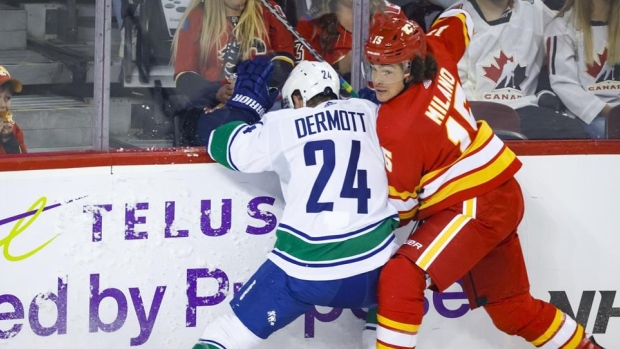 The Washington Capitals have signed forward Sonny Milano to a one-year, one-way deal worth $750,000 on Saturday, according to TSN Hockey Insider Chris Johnston.

The 26-year-old was most recently a part of the Calgary Flames organization but was released from his professional try-out contract on Oct. 6.

Drafted 16th overall by the Columbus Blue Jackets in the 2014 NHL Draft, Milano has 36 goals and 81 points in 197 career games split between the Blue Jackets and Ducks.

Milano will need to clear waivers if the Capitals intended to start his season with the AHL's Hershey Bears.