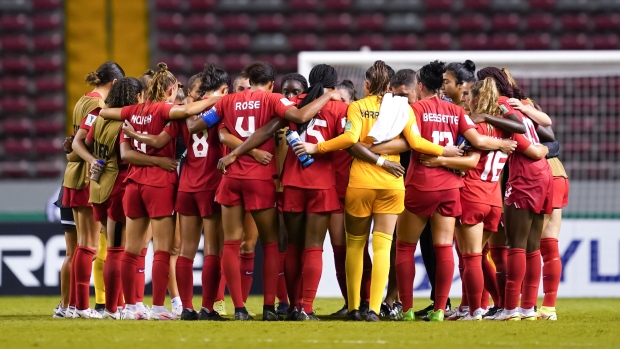 ALAJUELA, Costa Rica — Having dropped the first two games of round-robin play in the Under-20 Women's World Cup, Team Canada found itself playing only for pride Wednesday against the best team of Group C in undefeated Nigeria.

And even though Kaila Lillyanna Novak of London, Ont., scored in the second minute of the match, Canada dropped a 3-1 decision against the tougher side. But they didn't go down without a fight.

Esther Chinemerem Onyenezide scored two goals for Nigeria, one at the 24-minute mark and one in the 32nd minute. Chioma Olise added Nigeria's third goal in the first minute of added time in the second half.

Nigeria had 22 shots in the match, including six on target. Canada only had four shots, with two on target.

Canada opened the tourney losing 2-0 to South Korea on Aug. 11, then dropped a 3-1 decision to France three days later.

Nigeria finished first in Group C with a three-win, no-loss record, followed by France with two wins and a loss and South Korea with a win and two losses. Canada was last at 0-3.

This report by The Canadian Press was first published Aug. 17, 2022.