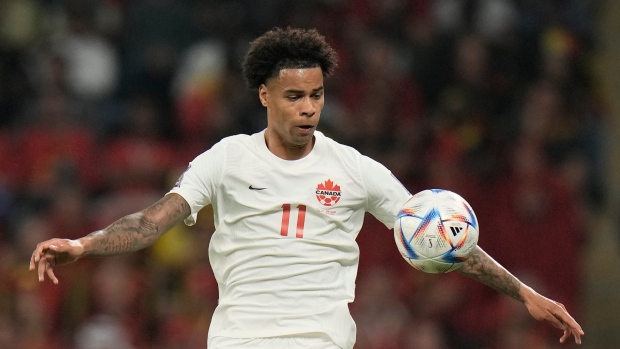 Sources tell TSN that clubs in Europe’s top five leagues — which include leagues in England, France, Germany, Italy, and Spain — value the 23-year-old midfielder north of $20 million, and meetings are scheduled during the World Cup to discuss the Club Brugge player’s future.

Buchanan was selected ninth overall by the New England Revolution in the 2019 MLS SuperDraft. He made 60 appearances and scored 10 goals over three seasons in New England, including a spell when he was loaned back to the Revolution after transferring to Belgiam giants Club Brugge in August of 2021.

Buchanan made his debut for Club Brugge in January 2022 and quickly became a starter. He helped lead Club Brugge to the Belgium Pro League title last season, and this season plays regularly in the UEFA Champions League.

News of heightened interest in Buchanan follows multiple reports that Canadian defender Alistair Johnston is close to a move to Scottish Champions Celtic.

Canada plays Croatia Sunday at 10:45 a.m. ET and you can see it LIVE across the TSN Network, on TSN.ca and the TSN App.