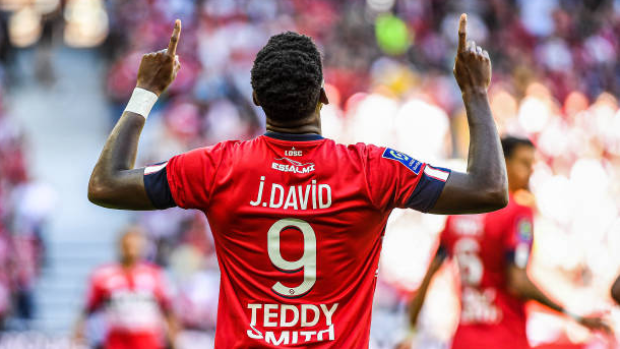 Jonathan David opened up the Ligue 1 season with a bang, Richie Laryea returned home and Alphonso Davies enjoyed a comfortable victory. Here's a look back at the week that was for Canadians in Europe.

Jonathan David, Lille - It might have been a surprise to see Jonathan David suit up for Lille's Ligue 1 season opener on Sunday. The expectation for much of last year was that the Ottawa native would be set for a move away from the club during the current transfer window, but with three weeks left until it closes, David remains with Lille and helped them to a comfortable Matchday 1 victory over Auxerre. Lille opened the scoring right from the opening kick-off with a well-worked team goal in which David had a hand. It was a deft backheel from David that set up a low drive from outside of the area for Benjamin Andre to beat a diving Benoit Costil to make it 1-0 in the first minute. Before Auxerre could even get the match to settle down, it was 2-0 through David. Taking a pass on the right side, David entered the area, used his marker as a screen and shot with his left foot to the far side of the net with Costil powerless to meet it. Auxerre was down two after only three minutes. David would complete his brace in the 39th after Lille punished Auxerre for some sloppy play out of the back. Brayann Pereira fumbled with an outlet pass along the left touchline and was pounced on by Jonathan Bamba, who forced a turnover. Bamba found Remy Cabella, who cut inside the area. After drawing in three defenders, Cabella spotted an unmarked David, who one-touched a low shot to make it 3-0 and claimed his second of the match. Lille would go on to a 4-1 win. David had a career-best 15 league goals last season and should he stay in Ligue 1, he could easily better that mark this year.

Richie Laryea, Nottingham Forest - Since his move to England last January, Toronto native Richie Laryea has found playing time hard to come by, making just five appearances for Forest last season with a single start. With the World Cup fast approaching in November, Laryea knew he needed game time in order to maintain his place in John Herdman's Canada squad, which is why he returned to Toronto FC on loan last week. Laryea had spent the past three seasons with the Reds prior to his January move. “It’s great to bring Richie back to the club,” TFC head coach Bob Bradley said last week. “As everyone knows by now, Richie established himself as one of the best outside backs in the league. He’s a dynamic player, a fantastic dribbler, and a real competitor. To have Richie back in his hometown to play for TFC ahead of Canada’s trip to the World Cup is exciting.” Laryea wasted no time getting involved back in Major League Soccer and was handed a start on Saturday night. He played 63 minutes in TFC's 4-3 victory over Nashville SC, setting up Jonathan Osorio's second goal of the match, completed 90.2 per cent of his passes and picked up a yellow card. It was the type of vintage performance Reds fans had grown accustomed to from Laryea.

Alphonso Davies, Bayern Munich - Eintracht Frankfurt finished 11th in the Bundesliga last season and 35 points behind champions Bayern Munich in the table. By virtue of winning last season's Europa League title, beating Rangers on penalties in the final, they will play in the Champions League this season, despite not being quite there when it comes to the talent level of Europe's. The gulf between Eintracht and the top sides in the Bundesliga was great last season and, if this year's opening match is any indication, it's still a big one. Bayern ran rampant over Eintracht in Friday's opening match of the season from the opening whistle with Julian Nagelsmann's men indicating that an 11th straight title is very much in the cards. Bayern got a brace from Jamal Musiala and goals from Joshua Kimmich, Benjamin Pavard, Serge Gnabry and Sadio Mané in his debut as the visitors claimed a 6-1 victory. For Alphonso Davies, it was an evening of smooth sailing. The Edmonton native played the entire 90 minutes, making a game-high six blocks, 53 carries and going 49-for-53 (.925) with his passing. It was the fifth time in the last six matches that Davies appeared for the full 90 minutes.

Theo Bair, St. Johnstone - St. Johnstone picked up their first victory of the new season on Saturday with Ottawa's Theo Bair playing an important role. The 22-year-old Bair is in his first full season in the Scottish Premiership after his move from Vancouver Whitecaps last January. He thought he should have opened the scoring in the 25th. A deflection deep into the Motherwell half allowed Bair to break in alone on Liam Kelly. With two defenders closing in on him, Bair took a low shot from just outside of the area that Kelly stopped and held on to. Bair was visibly angry with himself after the attempt, perhaps thinking that he could have taken another stride or two towards goal before shooting. Bair would make up for his miss only a couple of minutes later to set up the matches opening goal. Winning a free kick inside his own half, St. Johnstone's Ryan McGowan launched the ball downfield. With his back to goal, Bair deftly chested down for the oncoming Jamie Murphy, whose right-footed effort beat a diving Kelly to make it 1-0 in the 28th. The match would remain that way until second-half stoppage when Motherwell thought they had stolen a point through a Graham Carey own-goal, but there was further drama to come. At the death, Motherwell couldn't clear a St. Johnstone corner far enough. The ball was lifted back into the area by Cameron MacPherson and headed down by McGowan for Jamie Murphy to poke home through the legs of Kelly to claim the three points.